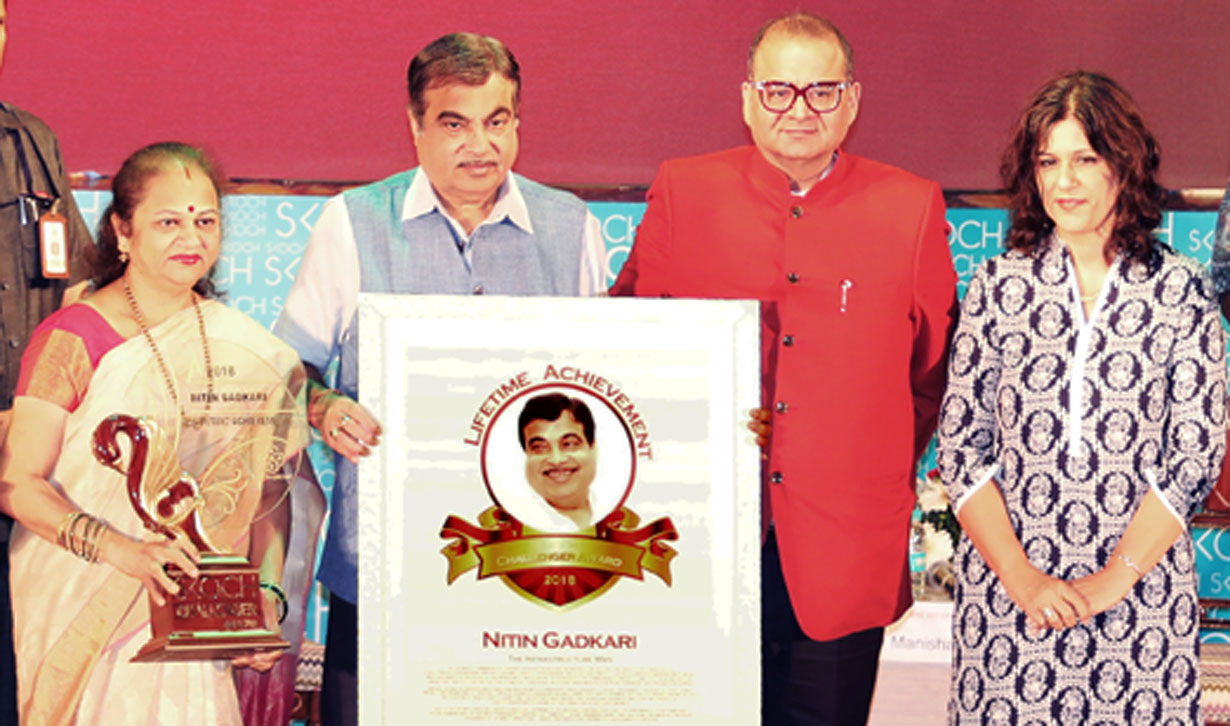 He has been a harbinger of change for India’s roads and infrastructure sector. The credit to put India on to a Public-Private Partnership (PPP) path squarely goes to Nitin Gadkari, who also gave birth to the Build-Operate-Transfer (BOT) model. With his hands on the pulse of the infrastructure economy, he introduced the Hybrid Annuity Model to bail out the ailing sector–a move that has put it on the fast track once all over again. He is now Union Minister for Road Transport and Highways & Shipping.

Innovator and an indefatigable hard-task master with a farsighted vision, Gadkari is leading Sagarmala–the port-led development project and Bharatmala–creating a web of highways enhancing inland connectivity with a promise, not only to spur economic activity but also help create over 2 crore jobs. His efforts have proved that roads and highways are a GDP multiplier that lead to heightened economic activity resulting in inclusive growth.

Due to his efforts, India will soon achieve the landmark of 40 km road construction a day – up from mere 2, a few years ago. On the humane side, he has been passionately serving the community having organised more than half a million medical check-ups, thousands of cataract operations, cancer treatments and distributed eyeglasses to the poor.