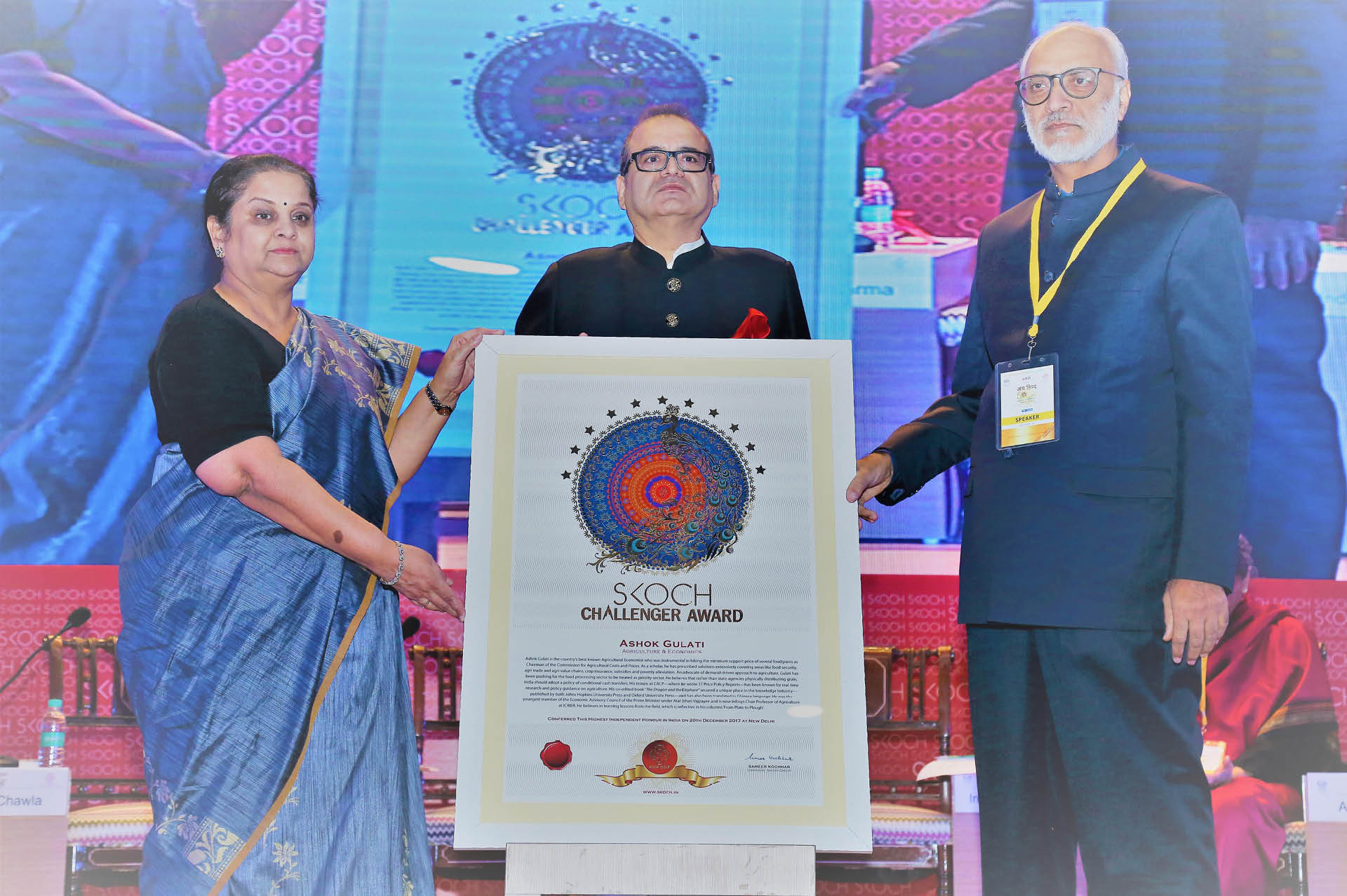 Ashok Gulati is the country’s best-known Agricultural Economist who was instrumental in hiking the minimum support price of several foodgrains as Chairman of the Commission for Agricultural Costs and Prices. As a scholar, he has prescribed solutions extensively covering areas like food security, agri-trade and agri-value chains, crop insurance, subsidies and poverty alleviation. An advocate of demand-driven approach to agriculture, Gulati has been pushing for the food processing sector to be treated as priority sector. He believes that rather than state agencies physically  distributing grain, India should adopt a policy of conditional cash transfers. His tenure at CACP—where he wrote 17 Price Policy Reports—has been known for real-time research and policy guidance on agriculture. His co-edited book “The Dragon and the Elephant” secured a unique place in the knowledge industry—published by both Johns Hopkins University Press and Oxford University Press—and has also been translated in Chinese language. He was the youngest member of the Economic Advisory Council of the Prime Minister under Atal Bihari Vajpayee and is now Infosys Chair Professor of Agriculture at ICRIER. He believes in learning lessons from the field, which is reflective in his columns ‘From Plate to Plough’.