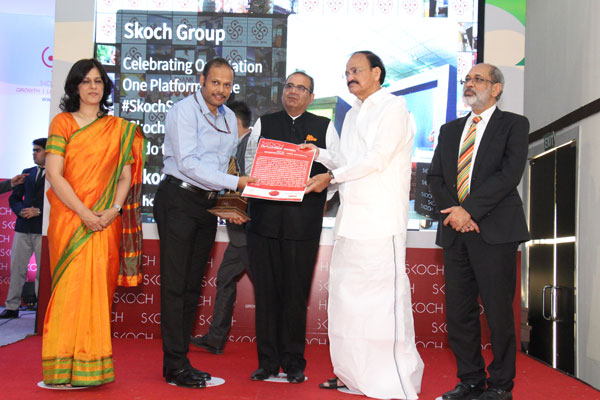 Infrastructure development has played a pivotal role in Madhya Pradesh that has helped to shed its BIMARU tag. At a time when PPP projects in infrastructure sector had taken a back seat, government’s focus on it revived the private sector interest in infrastructure projects. That has led the state to emerge as a pioneer in creating a proper institutional framework for PPPs, under the guidance of Vivek Aggarwal, opting for sector-specific specialised agencies. Out of 222 projects undertaken under PPP, 178 have been in the area of roads, urban administration and development valued at nearly 26,500 crore rupees. Whether it is proposed Singrauli airport; Accident Response System; Logistics Park at Powarkheda; Steel Silo’s at ten locations across the state with 50,000 metric tons each; electricity transmission line between Satpura and Ashta; Ventura – India’s first dedicated intra-state Airline operation; and, City Bus Service, Indore, all have imprint of Vivek Aggarwal and are the first of its kind in the country.