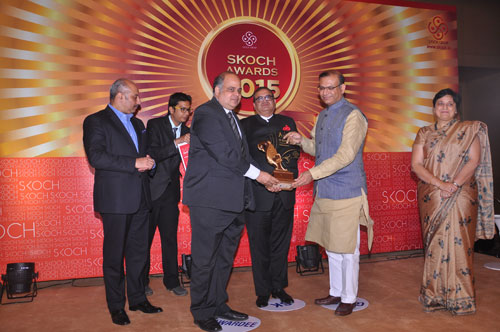 G Srinivasan, Chairman & Managing Director of New India Assurance has steered the public sector insurer to become a market leader in India garnering over 15 per cent of market share. Despite poor economy, the NIA’s net profit quarter after quarter has grown by leaps and bounds. The company has emerged as a preferred partner and leader for MSMEs too. Grown at an average 14 per cent during last few years, the NIA is now targeting to double its growth during the next three years. Action plans, the KRA fixation, review and monitoring and data-based management are part of Srinivasan’s vision. He has innovatively connected KRAs with the core operations of the company. He communicates with all of the 20,000 odd employees regularly through SMS across 2,000 offices. The combined effect of all the initiatives is resulting in NIA growing against a negative economic index.

He has taken the count of micro offices – manned by two or three personnel – to 1,000, the largest in the country. In order to increase its feet on street and the customer touch points, Srinivasan has offered employment to 20,000 youth. Clearly, the growth in NIA has resulted from soliciting business rather than waiting for it.