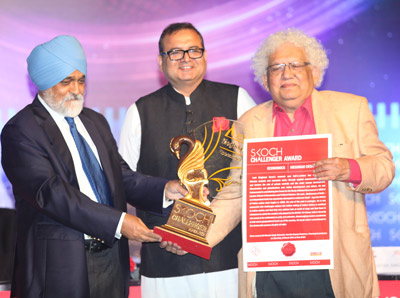 Lord Meghnad Desai’s research over half-a-century has ranged from Marxian analysis and economic crisis; through applied econometrics, poverty and famine; the role of private markets and the state; human development; liberalisation and globalisation; and, Indian development and reform. He was instrumental in establishing the Centre for the Study of Global Governance in 1992 at London School of Economics and Political Science. His work, Rediscovery of India – as independent India has repeatedly attempted to rediscover itself – says the history of Indian nation-state begins in 1960, the rest of the past is prologue. He is one economist who challenges notions like Indian writing of Indian history is confined to Indian stories and that they very seldom look at the world at large and that there is a reluctance to admit the creative role played by the British.

For Desai, India’s diversity now needs to be celebrated as unity and cohesion, discouraging western academics to talk about the geographical break-up of the country. He lauds India’s commitment to the democratic process despite all odds.