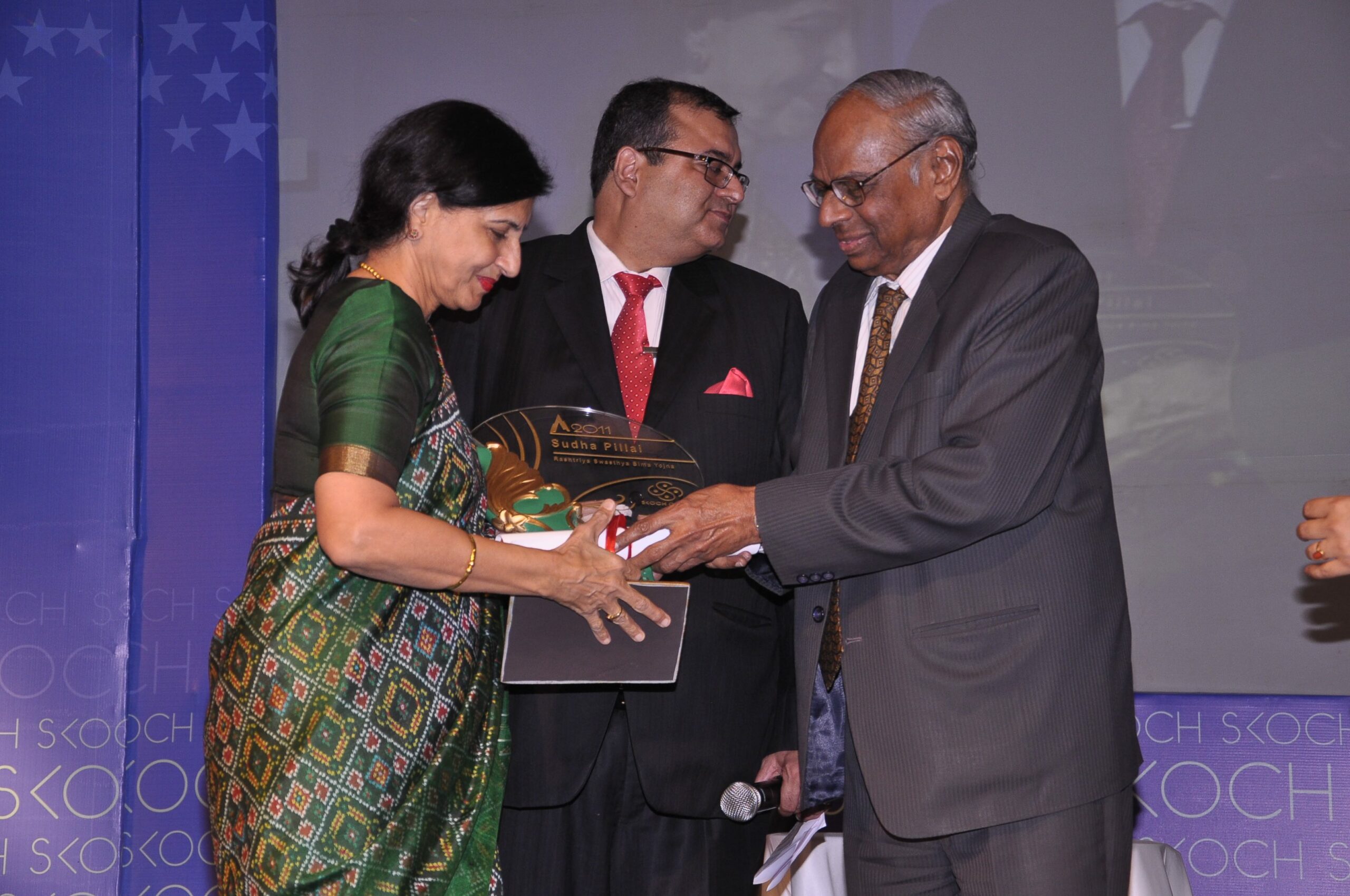 For people living below the poverty line, an illness not only represents a permanent threat to their income earning capacity, in many cases it could also result in the family falling into a debt trap. The Rashtriya Swasthya Bima Yojana (RSBY), a social security fund for unorganised sector workers, numbering millions, is the brainchild of Sudha Pillai – who post-recession found that many of them had got laid off and despite being highly skilled, were not able to earn adequate wages. So much so, that many were withdrawing their children from school. The Labour Ministry has now mooted that beedi workers also come under the RSBY health insurance scheme. Today there are 23.2 million card-holders. But she is not one to rest on her achievements and is now working for a nationally mandated minimum wage so that contract workers are not denied social security. Team Skoch has observed her contributions since 2004 when she was Additional Secretary in the newly formed Ministry of Panchayati Raj.