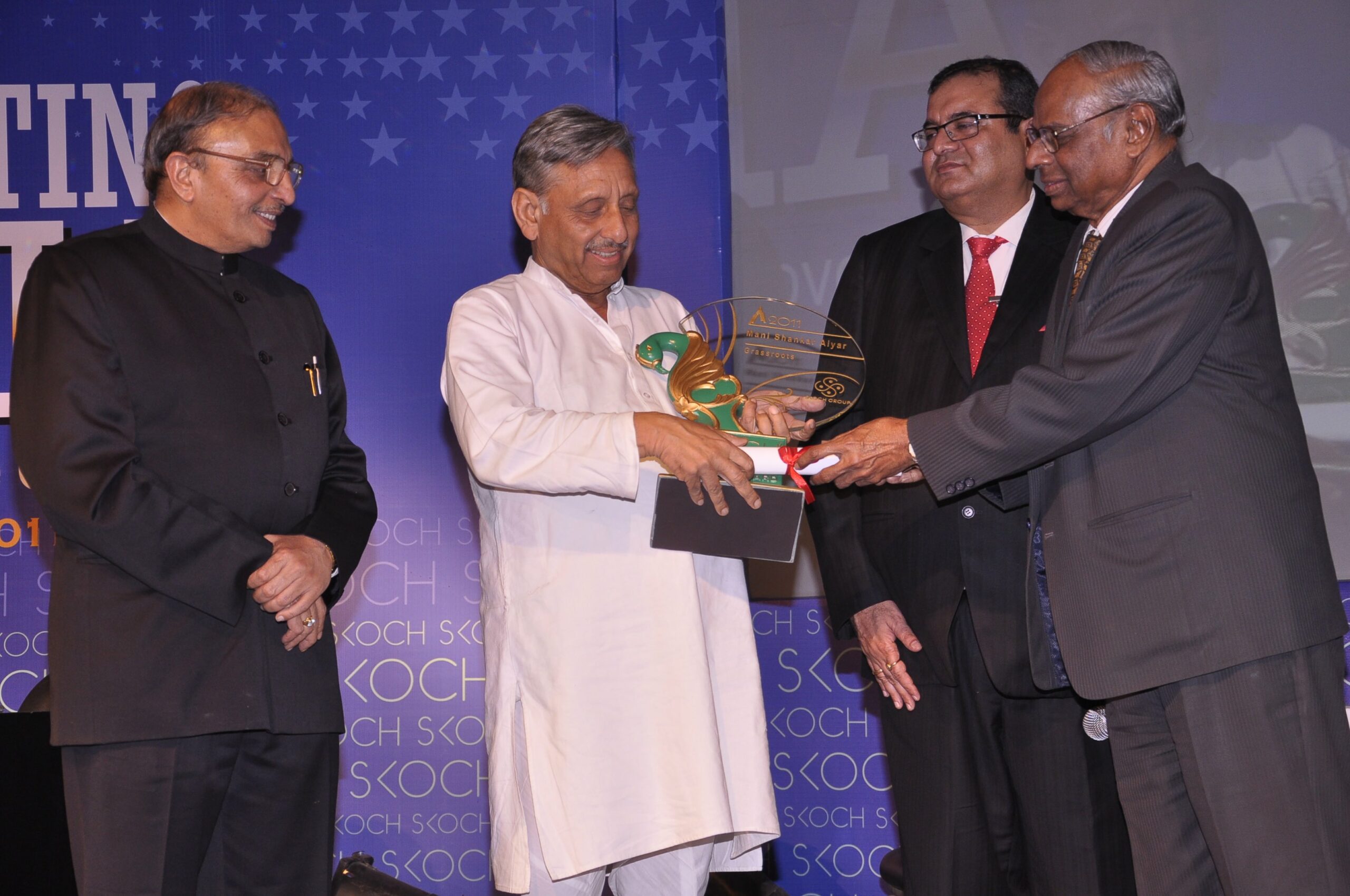 Mani Shankar Aiyar is identified with the advent of Panchayati Raj in India. He was born in Lahore and studied at St Stephen’s College and Trinity Hall, Cambridge. He joined the Indian Foreign Service and served in Prime Minister’s Office, when Rajiv Gandhi was the Prime Minister. He resigned from the IFS and joined politics in 1989. As Minister for Panchayati Raj and otherwise, Mani Shankar Aiyar has consistently espoused the cause of grassroots involvement and participatory democracy. Aiyar was instrumental in organizing seven Round Tables of State Panchayati Raj Ministers that finally resulted in signing of MoUs with state governments, getting them to pledge support to the Panchayati Raj apparatus. That, till date, remains the driving agenda. It was under his direction that a far-reaching report recommending a roadmap for computerization of PRIs was completed. The ministry got a boost when Panchayats were given the responsibility of selecting works under the Mahatma Gandhi National Rural Employment Guarantee Scheme. It was Aiyar who persuaded the Planning Commission to make it mandatory to consult Panchayats while preparing district-level plans during the 11th Plan. Team Skoch has worked closely and observed Aiyar since 2004.