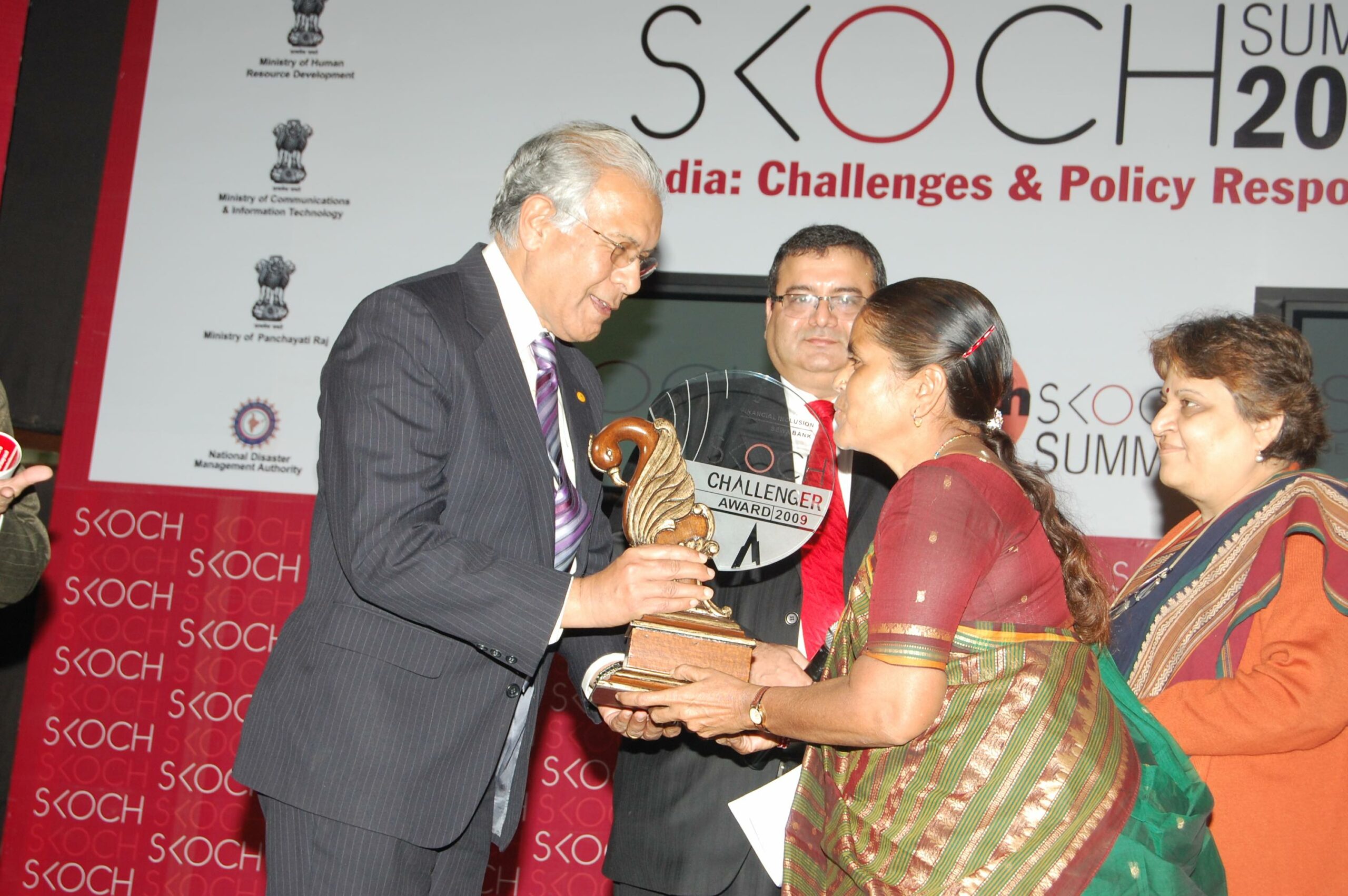 Started in 1972 in Gujarat on the principle of inclusion when this term was not a part of the national consciousness, Shri Mahila Sewa Sahkari Bank or SEWA Bank is an organisation of poor, self-employed women workers that has given inspiration to other underprivileged people – largely women – to organise themselves into many such Self-Help Groups. Inspired by the Gandhian philosophy, SEWA is both an organisation and a movement. That is, the labour movement, the cooperative movement and a women’s movement. Today, SEWA has an all-India membership of 800,000 members, 21 saving products ranging from daily savings to savings for the house, marriage or  contingencies such as disasters and illness and 15 loan products ranging from daily loans to loans for working capital or release of mortgaged land and education.