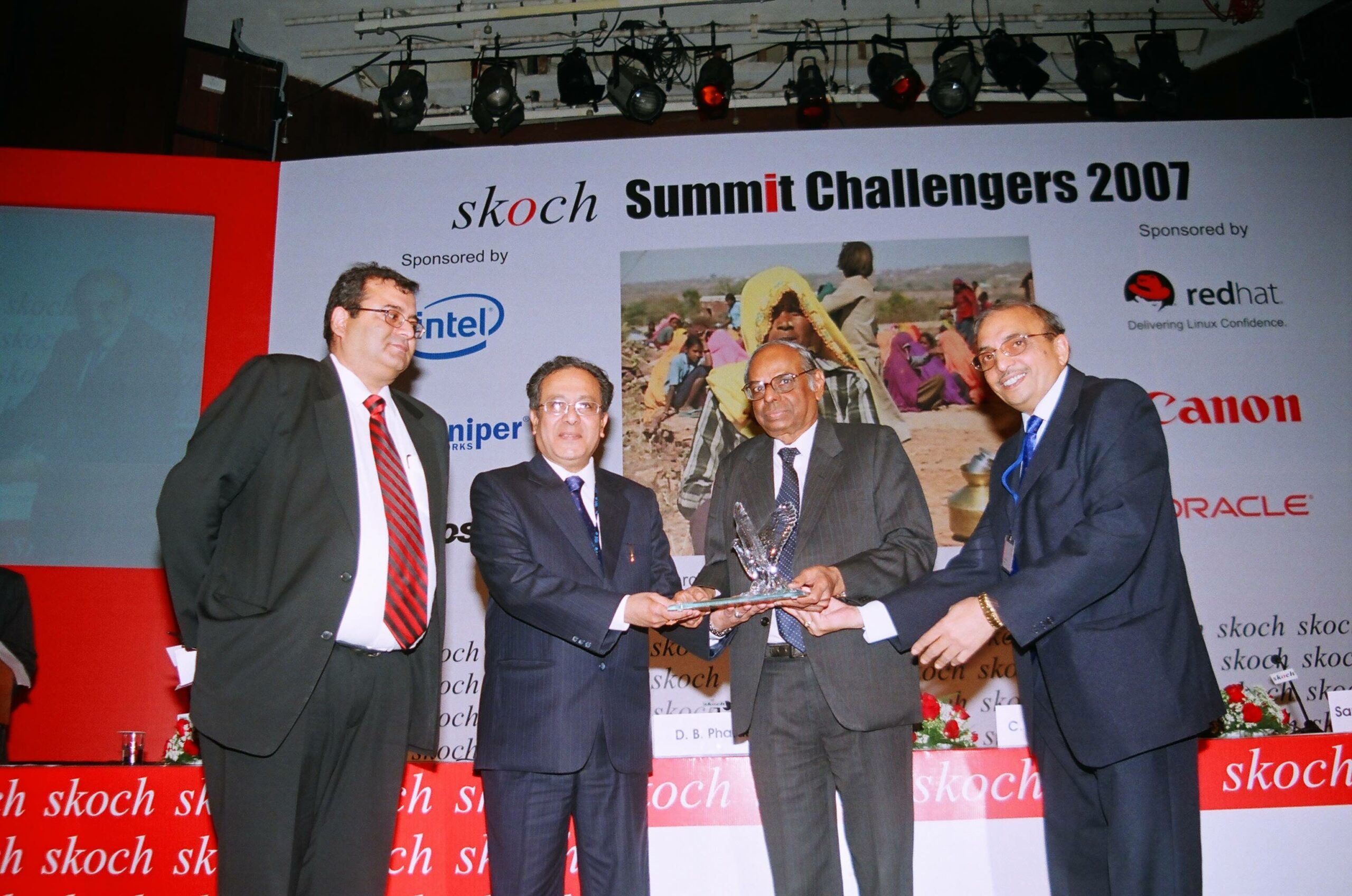 State Bank of India is country’s largest bank and also the largest player in micro-finance sector. The bank has been an active participant in microfinance programs initiated by NABARD since 1992. It has opened more than 630,000 bank accounts for Self Help Groups of which more than 550,000 SHGs have been provided with credit. It is benefiting nearly 7.5 million poor people.  The bank has encouraged them to engage in income generation activities like fish farming, wood carving, bamboocraft and so on. Team Skoch observed, that such efforts have brought economic benefits, even to people living in remote places like Kalahandi. The bank is now targeting to credit link 1 million SHGs by the year 2008. In addition, it will also be putting up 6,000 rural kiosks to encourage banking habits among the rural masses.