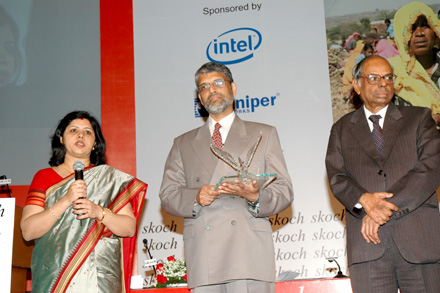 While India is supposed to have 650 million families that are below the poverty line, the actual number of BPL cards issued is much higher. The difference is one area where a leakage could be taking place in the public distribution system. There have also been other instances where there was mismatch in the grain dispatched from the godowns at the state level and that received by the block level agencies and finally various PDS shops. There were also discrepancies between what the PDS shops get and what is distributed to the citizens. Integrated Information System for Food Grains Management or IISFM is attempting to fix this problem. The software captures data of entire food grain released from the Food Corporation of India’s godowns to various state food grain corporations and then matches this with the grain picked up by each of the ration shops. It is already Implemented at 460 FCI owned godowns and is being implemented in 230 rented ones. This data is available online and at places in Delhi even consumers can log on to check availability of food grain at the Fair Price Shops before making a trip to the ration shop as observed by Team Skoch in Delhi; Bhubaneswar in Orissa; and, Rai Bareilley and Unnao in Uttar Pradesh.