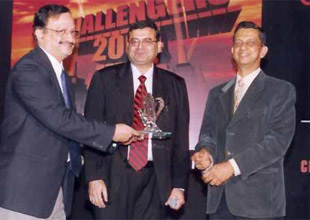 Yes, believe it or not, Happy, Goofey, Dumpy, and of course, Snow White herself have a central role in transforming India’s capital markets over the last decade. It’s well established by now that the NSE played a pivotal role in replacing the opaque and unsafe stock market with a completely transparent system that, most agree, has reduced transactions costs in the stock market to a tenth of what they were a decade ago. But what’s less publicized is how NSE did this, and at what costs. Today, the NSE offers the only real-time risk management system in the world, and its cost is a fraction of what less sophisticated systems cost worldwide. When the NSE began working on derivatives, it had two challenges. In exchanges like Chicago, only very high net worth individuals, say with $100 mn, could trade since the value of the positions they took could run into millions of dollars within seconds.

Second, computer systems in such exchanges costs a few million dollars. Snow White’s band of boys solved both NSE’s problems. First, instead of using one large computer, it used a cluster approach to do parallel calculations. The central computer (Snow White is an Intel Xeon Server) has a 1 GB RAM and there is a cluster of seven commodity PCs (the dwarves) to do the calculations. Unlike other countries which also have risk management systems, the NSE PRISM system does the risk computing on an online basis – the system does 16 types of what-if simulations, informs members of their capital-adequacy shortfalls, and even shuts off brokers in case their risk levels are unacceptable. To give one instance of what NSE’s geeks did, instead of using the traditional main frame with RDBMS system they used loads of RAM memory instead – apart from being a lot cheaper, using RAM also increased computing speeds dramatically.