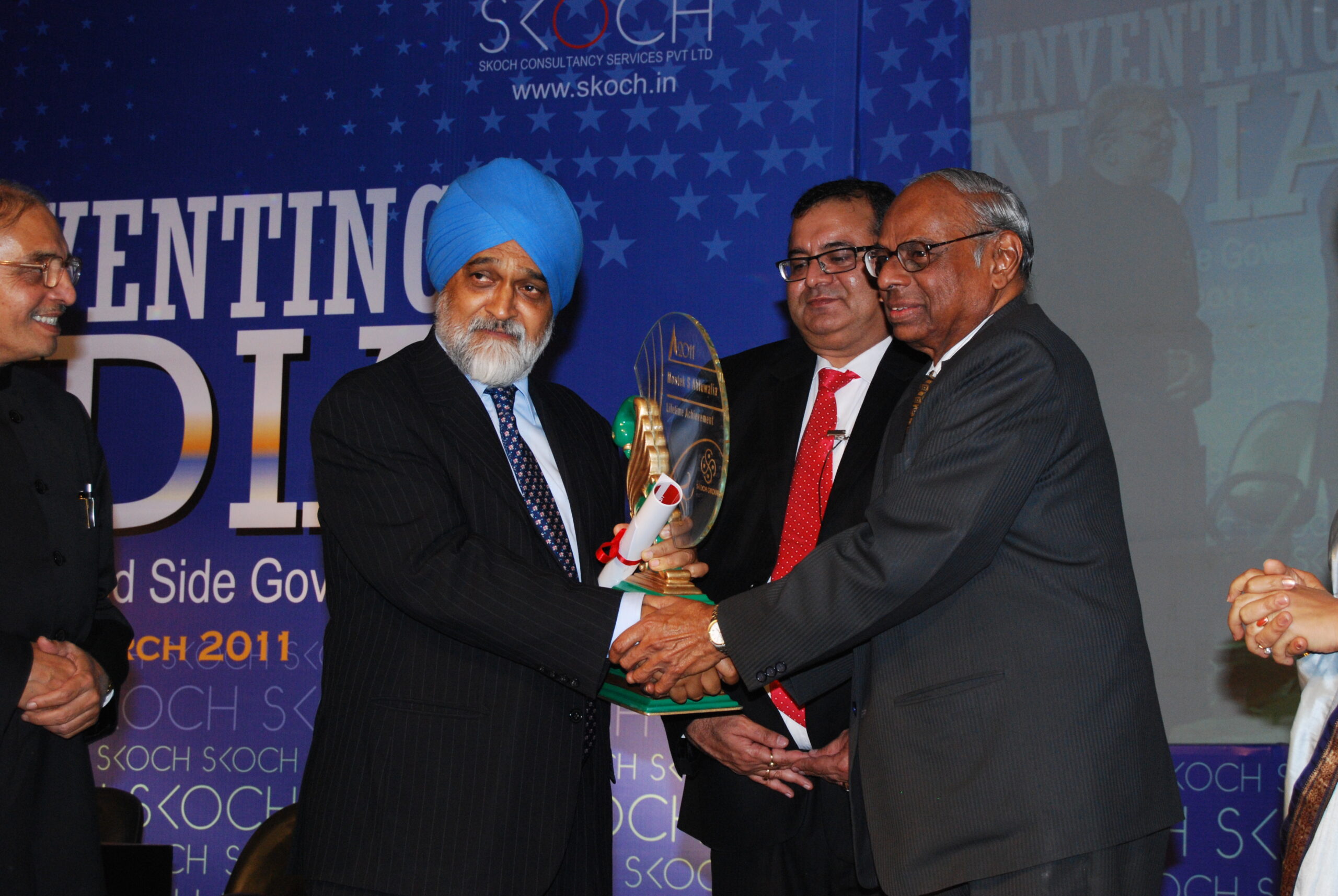 A key figure in India’s economic reforms from the early 1980s onwards, Montek Singh Ahluwalia’s fingerprints can be found in policies in every sphere, ranging from economics to education reforms. He has been a driving force in the liberalization programme of the past 20 years or more. Having studied in St Stephen’s, this Oxford-educated economist as a Rhodes Scholar, has spent 11 years with the World Bank in Washington before returning to India in 1979 to work as an economic adviser to the government. After having been adviser to IMF as the first Director of the Independent Evaluation Office, he returned again to become Deputy Chairman, Planning Commission. Importantly, his work has shaped economic policy making in India. Decisions like broadbanding of licenses, deregulation, and several such measures were taken during his tenure as Finance Secretary leading the country on to a path of economic liberalization. His commitment to poverty alleviation and inclusive growth can be found in his early writings as long ago as 1970s and as Deputy Chairman of the Planning Commission currently, he has managed to translate this into the country’s Plan process from the 11th Plan onwards. Team Skoch has observed his contributions since 2005 and has had the privilege of interacting with him ever since.