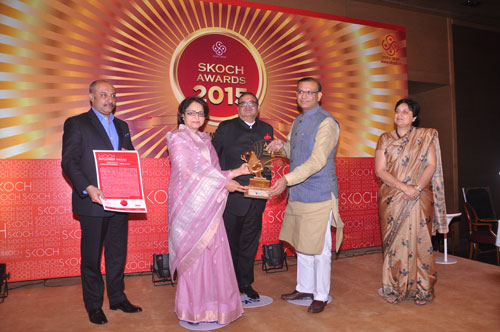 Women empowerment in Madhya Pradesh could not be strengthened so much before the year 2005 as in the period after it. Much of the credit for women empowerment goes to Maya Singh, currently Minister for Women & Child Development, Madhya Pradesh, who has been actively involved in social work since 1980 and set up schools for poor children and organisations to help the underprivileged. Her unwavering commitment has helped ameliorate the conditions of poor women belonging to backward classes. Schemes like Ladli Laxmi has benefited over 19 lakh girls who now have access to education and healthcare. Her efforts have resulted in women having equal rights in decision-making opportunities not only at the governance but also at the grassroots level. Project Tejaswini, that targets and enables poor women gain economic independence and empowerment is her brainchild.

In six tribal districts including Mandla and Dindori, women are growing minor millets called “Kodo” and “Kutki” that have high nutritional value and are finding good domestic and export demand. Tejaswini provides the market linkages – a first of its kind, wherein these local products are finding way to commercial markets. This has earned these SHGs a net profit of 39 lakh rupees who have more than 4 crore rupees as savings. Further Shaurya Dals have been constituted in these districts to stop discrimination and violence against women that has resulted in 30 per cent reduction in such incidences. By successfully implementing programmes such as Lado, Anmol and Beti Bachao Abhiyan under the guidance of Maya Singh, the state has become the first to pass the gender budget.