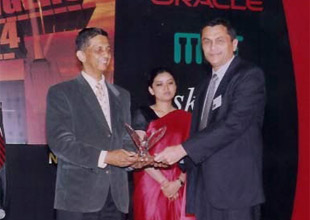 Ever seen a silo, carved out of a mountain, of the type used to store petroleum products like LPG? Well, if the recommendations of a team of experts that went to the US to study that country’s depository system had been accepted in the mid-90s, your share certificates would be stored in one such location near new-Mumbai! Yes, believe it or not, the Depository Trust Corporation in the US actually keeps the physical certificates of all shares in one location, and then makes changes in the ownership structure electronically. When this plan was shown to the expert group appointed by the Government of India, it decided not to go the way ‘developed countries’ like the US had gone – instead, it decided to completely extinguish the physical shares and go in for full dematerialisation.

And, as opposed to the earlier project’s cost of around Rs 700 crore, the National Securities Depository Limited (NSDL)’s system cost less than a seventh. NSDL, has achieved paperless trading in perhaps the shortest time in the world, a little over three years. Today, 99.9 per cent of all equity is traded in demat form in the country, and NSDL has 47 lakh investor accounts and 214 depository participants, making it the second largest depository in the world! In terms of computing jargon, NSDL has consistently delivered Moore’s Law to customers, by dropping prices all the time, making it the cheapest depository in the world.

NSDL’s computer system handles around 8-9 million messages (to debit and credit individual investor accounts) per day on an online basis, and involves linking of three types of databases – a central NSDL one, those of 214 depository participants (DPs) as well as those of 5,107 companies. Any time a transaction takes place, it has to get reflected, and tallied, in the accounts of NSDL, the DPs as well as in the companies themselves. NSDL’s computer system has the ability to monitor everything that’s happening in the computers of its DPs.

NSDL is extending its reach beyond just shares. A pilot project is on to demat securities like National Savings Certificates and Kisan Vikas Patras at select post offices. In fact, with NSDL showing the capability of managing complex databases in real time, and in thousands of locations across the country, the ministry of finance has asked NSDL to develop its country-wide Tax Information Network. The NSDL story’s just begun.